The storytelling chemical that rules your brain 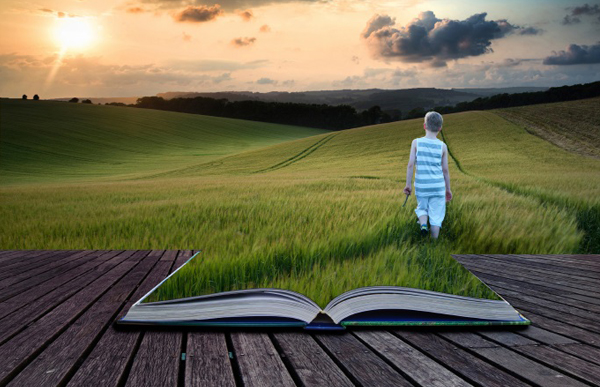 ave discovered that storytelling triggers a chemical reaction in the human brain that creates emotional responses and action. When people get wrapped up in a story, their brains produce a neurochemical called oxytocin that makes them want to act like the people in the story.

That means storytelling’s effectiveness isn’t just anecdotes and opinion; it’s a scientific fact. Researcher Paul Zak, who studies storytelling’s effects on human behavior at Claremont University in California, has dubbed oxytocin “the moral molecule” for its ability to drive empathetic responses to stories. Zak and his colleagues measured oxytocin levels in research subjects’ bloodstreams to identify the connections between stories, oxytocin production, emotional responses and action. He described the connections this way in a 2014 blog post for the Harvard Business Review:

If (a) story is able to create tension then it is likely that attentive viewers/listeners will come to share the emotions of the characters in it, and after it ends, likely to continue mimicking the feelings and behaviors of those characters. That explains the feeling of dominance you have after James Bond saves the world and your motivation to work out after watching the Spartans fight in 300.”

Zak maintains that storytelling is programmed into human biology and might be our most primal form of communication, bypassing our rational impulses and going straight to our emotions. That’s an enormously powerful process to harness; tell the right story, get a predictable chemical response, and prompt an action. But does it work for communications professionals who are representing causes and products that sizzle a little less than 007 or the heroes of Thermopylae?

According to Zak’s research, the answer is yes. It isn’t just big stories like holding off Persian hordes or saving the U.S. gold supply from Goldfinger that create tension and empathy. Small stories – a child raising money for a charity, an entrepreneur mortgaging her parents’ house to form a company – create their own tension.

There is a meme making the rounds on Facebook right now about Vermont Sen. Bernie Sanders walking into a shoe store in Burlington five years ago to buy a homeless man a proper pair of winter boots. No media in tow; Sanders just happened to see the man on the street and noticed he didn’t have good shoes for a New England winter and chatted him up. He had the man fitted, paid the clerk, shook hands with the man and left. The story was only one paragraph long, but it contained tension – the prospect of losing one’s feet to the cold – and a positive resolution. Sure, the story has little extra heft because Sanders is involved. But anecdotes like these involving non-celebrities make the news every day: Upworthy, anyone?

Stories don’t have to be big to provoke empathy. They just need a little tension and the essential elements of storytelling described in this blog by Brodeur writer Steve McGrath to unlock the oxytocin response.

We here at Relevance Central have made it a fundamental tenet of our approach that effective communications engages people emotionally. Or as our CEO Andy Coville put it, “None of us are as rational as we think.” Reason alone can only sway an audience so far. Emotion, invoked through the senses of values and community that stories evoke, is an indispensable part of the equation.

Storytelling is one of the most effective darts a PR professional can toss for just that reason: it can transcend intellect and seize emotion. It’s all in the chemistry.