Thanksgiving debate proves the value of appealing to values 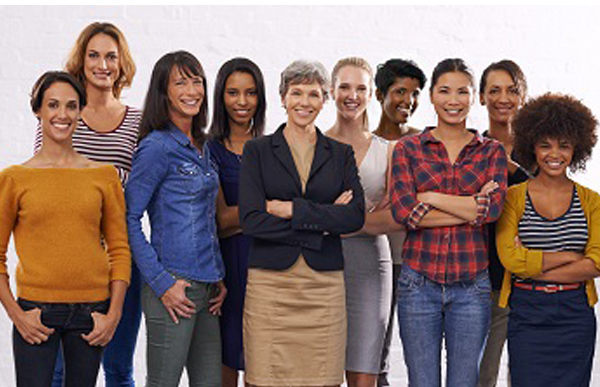 While the rest of the world was continuing the four-year-old debate over retail stores opening on Thanksgiving, REI upped the ante by closing on Thanksgiving AND the biggest shopping day of the year, that cage fighting drill we call Black Friday. That decision created a rallying cry for Thanksgiving advocates and gave communication mavens a new question to ponder; when does polishing a brand outweigh millions of dollars in lost sales?

The eternal struggle between heart and mind is embedded in that question. Thanksgiving has traditionally been about celebrating gratitude with family and friends over the most basic of comforts – a good meal. That’s the heart.

The mind kicks in when a national chain dangles a once-in-a-lifetime price on a 72-inch plasma in your face – provided you come in on Thanksgiving night with a post-dinner tryptophan hangover.

The value of values

The logical appeal of saving money resonates with plenty of Americans. If a critical mass of shoppers didn’t descend on the nearest mall after stowing the leftovers, the big chains wouldn’t bother staying open.

On the other hand, the Thanksgiving violators energized a lot of people who are motivated by values more than value.

Facebook’s “Boycott Black Thursday” group has 142,000 members and has grown by almost 40,000 just since last year. Another, “Boycott Shopping on Thanksgiving Day,” has just over 12,200 and publishes a widely circulated “Naughty and Nice” list of stores that are open and closed on Thanksgiving.

“Save Thanksgiving” has another 12,800 members and operates a partner site, savethanksgiving.org, dedicated to convincing the Michigan Legislature to pass a resolution against Thanksgiving openings.

Despite these social media outcries, the protests haven’t forced a mass retreat from Thanksgiving openings. The biggest players – Walmart, Macy’s, Best Buy, Target, etc. – are plowing ahead with Thanksgiving openings. But the pro-Thanksgiving ranks are growing, and the list features some of the top brands in retail. In addition to REI, it includes Costco, Home Depot, Lowes, Patagonia, Barnes & Noble, Marshalls, TJ Maxx, Bed, Bath & Beyond, IKEA and Staples, which was one on Thanksgiving but jumped to the other side this year.

So if you were a brand manager, which side would you jump onto?

Everywhere you look, there is different calculus on the benefits of opening on Thanksgiving Day

An analysis by consumer data analytics company evolve24 found that brands open on Thanksgiving earned more positive word-of-mouth because of the information shoppers shared about deals and sales. Brands that stayed closed lost out because they weren’t in the Thanksgiving Day conversation. Then again, they’ve chosen not to be, so they’re probably not too bunged up about it.

One prediction, made in 2013 after the first Thanksgiving openings, came from the Wharton School of Business at the University of Pennsylvania. Wharton maintained that neither camp was coming out ahead in the public arena and that:

As an increasing number of retailers decides to add Thanksgiving hours, it is only a matter of time before almost everyone joins in. “[Opening earlier and earlier] is not going to lead to more retail sales, and there is not much of a competitive advantage,” said marketing professor Stephen Hoch. “At the same time, there is no benefit to not opening on Thursday; the higher moral ground really doesn’t matter.”

Wharton’s assessment that there is no clear-cut win/lose has held up, but its prediction about a mass surrender by the pro-Thanksgiving stores hasn’t. Wharton and many other commentators have also been proven wrong about the moral high ground. It matters.

Viewed through Brodeur’s Relevance lens, staying closed on Thanksgiving is better for a brand because it appeals to values that are much deeper than bargain hunting. That connection to values creates a more durable brand by winning over consumers like Colorado’s Heather Stinnett, who posted this online after the REI announcement:

I love the idea that REI is closing their doors on Black Friday when everyone else seems to be opening early or worse, opening on Thanksgiving. It speaks volumes about their brand integrity, which is something I’ve always valued as a consumer. And while I hadn’t necessarily planned to shop at REI this holiday season, their message to #OptOutside has motivated me to not only get outside on Black Friday, but also to support REI this holiday season as a customer.

People who are motivated by low prices will sniff at responses like Stinnett’s, but those people aren’t brand loyal. They’re price loyal. Target, Kohl’s, Walmart … brands are incidental to this demographic motivated solely by logic.

To consumers like Stinnett, a brand symbolizes values that are relevant to their lives outside the mall. When a brand aligns with their values, it gives consumers a chance to express those values by where they spend their money. A lower price won’t lure away values-motivated consumers because their relationship with the brand runs deeper.