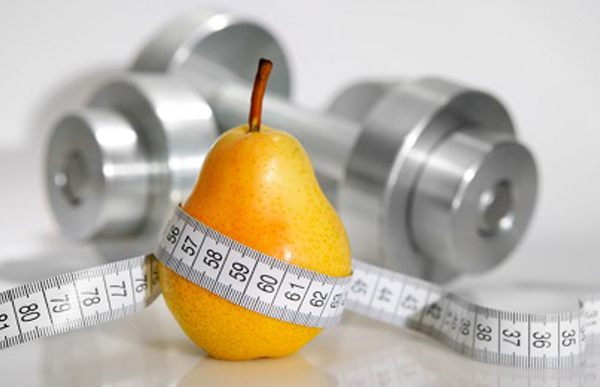 Americans are doing a great job at the gym but a mediocre job at the dinner table. Even though science suggests diet is more important than exercise in fighting obesity, diet is losing, and losing badly, to exercise.

That’s according to a new Brodeur Partners Health and Wellness survey finding that while 57 percent of Americans say they are daily or frequent exercisers, only 46 percent eat healthy foods daily or frequently. And while 24 percent of respondents said they exercise every day, only 9 percent eat healthy foods that often. Exercise and eating right are important health practices given that one in three Americans are obese, according to the U.S. Centers for Disease Control and Prevention.

“The good news is a lot of Americans are getting active,” said Brodeur Partners CEO Andrea Coville, author of Relevance: The Power to Change Minds and Behavior and Stay Ahead of the Competition. “The bad news is that our appetite for healthy foods – one of the best ways to sustain a healthy weight – appears weaker. The disparity could be an issue of willpower, marketing, education, food availability or a combination. Whatever the case, this insight is a potentially valuable one for organizations devoted to health care, wellness, nutrition and fitness.”

The Brodeur Health and Wellness survey is based on online interviews with 542 adult Americans in June. It covered not only diet and exercise, but workplace wellness and wearable fitness trackers. The survey is the latest installment of Brodeur’s ongoing behavioral science research, a basis for the communications programs Brodeur Partners develops for its clients.

We aren’t having fun yet. Only 6 percent of respondents said the most important reason they exercise is “enjoyment of the experience.” The more popular reasons were general health/well-being (49 percent), to improve one’s appearance (21 percent) and longevity (13 percent).

When it comes to working out, the young are leading by example. Sixty-one percent of millennials (age 18-34) say they work out daily or frequently versus 56 percent of Generation Xers (age 35-54) and 51 percent of baby boomers (55-plus).

And they’re eating right, too. Fifty-one percent of millennials said they eat healthy foods most or all the time versus 40 percent of GenX and 44 percent of boomers.

Looks matter while you’re young. Although “improving my appearance” is generally a secondary reason for diet and exercise, millennials were far more likely than other age groups to cite it as the most important reason. The breakdown was identical for exercise and healthy eating, with 28 percent of millennials citing appearance as their most important reason vs. 17 percent for Gen Xers and 5 percent for baby boomers.

“We’re clearly better exercisers than eaters, which raises the question of whether our society is marketing healthy eating effectively,” said Jerry Johnson, Brodeur Partners executive vice president of planning, who led the research. “We’re constantly told to eat our fruits and vegetables as a way to live longer and avoid disease. But longevity isn’t what motivates people who eat well to eat well. Rather, it is a desire to physically feel and look better today.”

The Brodeur Partners relevance study was conducted June 3-5 and was based on online interviews with 542 adult Americans (n=542) drawn from Toluna’s national QuickSurvey panel. Survey results were weighted based on U.S. Census data to reflect the exact demographic profile of gender, age and region of the national population.