Snapchat creates a harmonic relevance of privacy between teens and parents 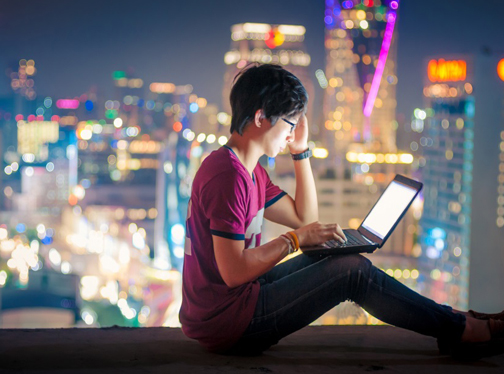 Snapchat’s emergence as the messaging app of choice for teens is a rare case of teen and parental priorities converging instead of colliding. It’s also a neat little case study in relevance. On its surface, Snapchat is a flashpoint between teens and parents. On a deeper level, it creates a common ground where what’s deeply relevant to teens and parents can come together.

And who can have less ground in common than teens and parents?

Nothing is more relevant to parents than their kids’ safety and privacy. Nothing is more relevant to teens than their parents knowing absolutely NOTHING about what they do, say and act; how they think; or in general how they fill their days. The ideal teen life is spent out of parental eyeshot, whether in the real or digital worlds. This presents well-documented problems for parents with the aforementioned concern for safety and privacy.

“Unlike privacy advocates and more politically conscious adults, teens aren’t typically concerned with governments and corporations. Instead, they’re trying to avoid surveillance from parents, teachers, and other immediate authority figures in their lives. They want the right to be ignored by the people who they see as being ‘in their business,’ ” she writes on backchannel.com.

So how does Snapchat reconcile these conflicting values – teens for privacy, adults for safety? Through one of its signature features – disappearing images.

The photo and visual “snaps” that Snapchat users send to one another self-delete a few seconds after they’re viewed. They’re safe from prying parental eyes, even if the parental units exercise search prerogatives over their teens’ cell phones.

But take heart, snoopy parents. The same snaps that elude you are also safe from the eyes of predators, bullies, potential employers and future parents-in-law. Unlike Facebook or Tumblr or Instagram, Snapchat can’t be searched and isn’t archived on the Internet. Determined hackers have gotten to Snapchat metadata and the app has had a few security lapses, but it’s probably still the safest way for teens to learn the benefits and consequences of sharing their lives in the digital world.

Taken at face value, Snapchat is the parent’s nemesis because it encroaches on a parental value – keeping their kids safe – by giving them secrecy. But appealing to the thinking quadrant of the relevance “egg” can show parents that Snapchat actually supports that value: the same secrecy protects their children’s privacy from the larger world.

Snapchat could turn that approach to privacy into a positive in the way expressed by Haiyan Jia, a Penn State scholar who has studied how teens and adults manage online risks. Allowing teens to experiment with social media in a minimum-risk environment teaches them to safely navigate the online world beyond their parents’ protective embrace. Letting them Snapchat isn’t easy parenting, but it’s good parenting. It’s also an example of how a brand can use a deeper relevance to bring opposing viewpoints together.

Oh yeah, but don’t ever tell teens their parents approve of Snapchat. That’s, like, so uncool.

Here at Brodeur, we continue to develop & refine our strategic planning platform & research methodology to better understand how things become & stay #relevant in people’s lives. See how we have created #Relevance for others in our most recent reports: http://ow.ly/iY3a50HwSj1

Can you actually cancel proof your brand? Join our CEO, @AndreaCoville along with @BrettBruen @michaelshue & @WhitneyDailey for a discussion on navigating the risks ahead & how to stay #Relevant for your business. Register today & tune in 1/26 at 11amEST https://us02web.zoom.us/webinar/register/4016396730938/WN_EfwEISnbSIeR3E5mieo3QQ