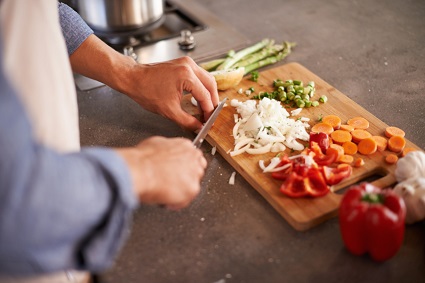 How often do you eat out? By most measures, probably a lot. According to the latest data, two-thirds of Americans eat out at least once a week. If you are young or live in a big city, the number jumps dramatically.

That begs the question “why do we eat out?” Well, there are lots of reasons. We don’t have time to cook. Eating out is easy. Eating out is increasingly affordable. And today’s restaurants offer tremendous variety and choices of options.

So with all those trips to the restaurant and with all that variety and choice of restaurants out there – high end to low end, fast food to fast casual – what makes one restaurant more personally relevant than another restaurant?

There are, of course, many factors. But we know of at least four “frames” around which brands and companies – including restaurants – establish relevance with their customers:

So here are four real stories from real people about real restaurants and how these relevance levers work.

Most normal people dine out for the sensory and social experience – and that’s a big part of Moxy, my favorite restaurant in my hometown of Portsmouth, New Hampshire. Chef Matt Louis, a James Beard Best Chef Northeast Semifinalist, is all about farm, forest and fishing boat to table, and his small American plates are just beautiful.

But Moxy has mastered the difficult trick of getting you thinking without killing the sensory buzz. For example, Moxy honored the city’s inaugural Pride week with a GBLT (goat cheese, bacon, lettuce, tomato) sandwich (get it? It’s LGBT spelled sideways). They befuddled snobs by turning local and “global menace” of Japanese knotweed, an invasive plant being smothered and poisoned in the state, into a pickled treat and fruit pie ingredient. And they created a menu that that doubles as a presidential ballot. The Road to the White House menu (PDF) matched food to candidates, e.g., there was a Cuban sandwich for Marco Rubio and Vermont Quail for Bernie Sanders.

Peter Egelston is well known in national brewing circles for his multi-award-winning Smuttynose beers. Closer to home, Egelston is known for putting his values into action by the way he runs his restaurants and brewery.

He has a well-earned reputation for treating his employees well. He is active in fighting hunger locally and nationally. He is an advocate for environmental sustainability and backs up his talk with action; he built his new brewery to often-costly LEED (Leadership in Energy and Environmental Design) standards. The brewery site includes two buildings that Egelston re-purposed instead of demolishing, and a ne twork of bee hives to support an essential – and threatened – link in the ecosystem.

All very laudable, but in this very fractious time we live in, Peter Egelston’s most admirable value might be that he is a genuinely fair and open-minded man. He demonstrates that publicly in this most political of states by maintaining an open-door policy for all candidates and officer holders.

No one is barred by ideology or party affiliation from appearing at events at Egelston’s properties. He believes in giving people a chance to see political figures as real people and not “the cartoonish caricatures that the media like to present.” He caught some grief from Bernie Sanders supporters for hosting Hillary Clinton at a business forum last spring, with some threatening to organize a boycott. That just gave Egelston another chance to publicly reaffirm his commitment to an open dialog.

“People are certainly free to vote with their wallets and not purchase our beer because one politician or another has passed through our doors, but I consider it an honor to be visited by individuals who are seeking or hold public office, whether I personally share their views or not. Don’t expect that to change,” he said.

I like Peter Egelston’s beer and food. But if he sold microwaved burritos and warm Corona Light, I’d still do business with him. The world needs more truly open minds.

When you take a step inside The Beehive, you are immediately swarmed by the clatter of dishes, the gentle strum of guitars, and the eclectic collection of funky – yet elegant – art. The excitement nearly jumps off your skin as you walk into a hive of rich color, sound, and smell.  You take a deep breath. You can’t explain it, you just feel as if you belong there. The little jazz club/restaurant is plopped right down in the middle of The Boston Center for the Arts complex in the South End. The eccentric club has a way of plucking at your heartstrings the moment you enter its doors. Local artwork lines the brick walls as jazz musicians scurry from the old wooden bar to a precariously placed stage. Chandeliers cling to exposed pipes, swinging gently to the beat of the music. Waiters dance across the floor, presenting enormous plates of baby back pork ribs, glimmering poutine, charred faro risotto, and meatloaf bathed in sun-dried tomato sauce. Antiques are strewn across wooden tables and crooked shelves, lit by the soft glow of stage lights and flickering candles.

People come to The Beehive not primarily for the food, though it is rather tasty, but for the way the restaurant ignites their senses. The bohemian aesthetic is a comfort to your eyes while the beat of jazz bounces off your ears. And with hefty plates of comfort food exiting the kitchen in a steady rhythm, you are always surrounded by delicious and intoxicating scents.

The Beehive isn’t just a place to eat, it’s a feeling.

If there is anything that New Yorkers love more than dive bars, it’s a group of people who share their drinking habits—and sports enthusiasm, of course. The Village Pourhouse has made a name for itself among Syracuse University basketball fans looking for a place to call home in a constantly evolving city.

The warm, cozy atmosphere of the pub truly lives up to its slogan, “where good friends gather.” College roommates will be reunited over chicken fingers and cheesy nachos while a sea of orange jerseys welcome them into a collective (and much needed) group hug. It’s a place to gather over beers, burgers and wings. A place to discuss new adventures with old friends. A place where you will run into fellow graduates and current students hoping to pick your brain about your last internship. It’s a place where every face is familiar in a city of millions, and a place where (sing it with me) “everybody knows your name.”

Being around those who share the same experiences and passions can make any city feel less lonely. When you choose to enter The Village Pourhouse, you aren’t just going for the food and beer, you are going for the sense of community. When you enter the pub, you feel as if you belong to something bigger than yourself, something that much resembles a college campus.

And with no fewer than three Syracuse University graduates in tow, our agency appreciates any place that can make them feel a bit more at home.