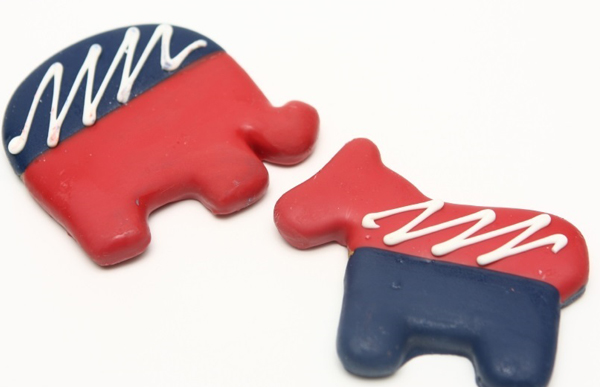 Bill Clinton and I have a bond. Not because I love his politics, character or achievements. Certainly not because he knows who I am. He doesn’t. Rather, we have a bond because of a mundane encounter 25 years ago. He stood alone in front of a Salvation Army kettle on a frigid December morning here in Portsmouth, N.H., where I live and work. No handlers in sight, the scarcely known Arkansas governor thrust out his paw and through visible breath, said, “I’m Bill Clinton.” Nodding at my watch (a Timex), he added, “Those are made in my state.”

The man looking to connect with a first-in-the-nation primary voter had just connected. All he did was show up, speak first and be Bill Clinton. A few weeks later, he was the darling of the press and the surprise second-place finisher in the primary. Fifteen years and an impeachment later, this encounter is our bond (from my perspective at least).

Everyone in New Hampshire has a story like this. It’s easier to meet the next president here than avoid him or her. We act blasé but we love it. Going to see a candidate – or tripping over one – isn’t so much about policies and plans, no matter what we say. If the candidate is in your ideological ballpark, it becomes chiefly about the sensory experience of an individual – how they present themselves in real life. You’re sizing up the person. To do that, you need to be in person.

“When you watch the candidates on TV, they have a theme for the night,” says John, a 73-year-old Newmarket, N.H., retiree who’d rather not use his last name. “They have their little suits and ties and podiums and taglines, and they’re all waiting to have their ‘moment.’ In person, however, the candidate doesn’t know what he’s going to be asked and can get a question from left field. They’re in sweaters and jeans and are much more relaxed and personal.” John and his wife, Lynn, have seen all the candidates this cycle except for Hillary Clinton, whom they saw in the last cycle, and Dr. Ben Carson (they saw his wife). An undeclared (independent) voter, John is “leaning very strongly” toward Ohio Gov. John Kasich, who showed up to a New Hampshire event with a working national debt clock. “The national debt is my hot button.”

John’s wife, Lynn, a 70-year-old retired schoolteacher and serial volunteer, also likes Kasich. “The first time I saw him he was a little lackluster,” she says. “The second time he was fabulous. He’s different form the other candidates. He’s very engaging and relaxed and he know his stuff. And it’s all common sense. Plus, he’s very positive and upbeat.” She ended up in Wall Street Journal photo with the candidate. (She’s in the blue). “It’s much, much different seeing them in person.”

(As of Wednesday, Kasich, had made more stops in New Hampshire this election cycle than any other candidate of either party.)

Bernie on the march

My colleague Steve Hodgdon, 57, saw Vermont Sen. Bernie Sanders on the street the other day on his lunch hour.

“I was walking with my head down and listening to a podcast. I heard a horn beep and someone yell, ‘Hey, Bernie!’” Steve recalls. “Sure enough, he was right in front of me and coming toward me. He was at the front of an entourage. They were younger but struggling to keep up with him. It was like he was on a mission.”

Steve didn’t want to ambush him, so he let the Vermonter pass.

Even though they traded neither words nor glances, Steve got a profound sense of the man from that brush with history. “It reinforced the persona of him being a no-nonsense guy doing things his own way without a lot of reliance on handlers,” says Steve. “If that were Hillary, there would have been a huge entourage with Secret Service people with hidden radios in their ears. But the way he was marching in front of everyone stayed with me.”

Another colleague, Mike McGrail, 51, met Sanders last year when the democratic socialist was just starting to test the waters here. “I was at a house party in Concord and wanted to see how serious he was, not just about running, but about winning,” says Mike. “I’m not big into quixotic campaigns. They have a role, but I don’t want to

invest time or support in them.”

So Mike, a former journalist, collared Sanders one on one asked his question: “Do you have a plan beyond New Hampshire?”

Sanders answered directly: “I’m at the beginning of the process, and I don’t know if I have the potential to catch on. That’s why I’m going through this process.”

After that event, recalls Mike, “I was convinced he was for real and running a serious campaign and running for a very serious reason.”

Mike also watches candidates talk to others. “In person, you really can tell if a candidate is connecting with people, or whether they’re just there to be seen,” he says. “I really haven’t seen that communicated on TV or video. Sanders was inquisitive, looking people in the eye and listening to what they had to say. You could see the cylinders clicking in his eyes. He was responding directly to every question. You can really tell if someone is connecting in person in a way you can’t on TV.”

Andy Beaupre likens meeting a candidate to interviewing a potential employee. You can read the cover letter, browse LinkedIn and call references, but ultimately, you’ve got to meet the candidate and look him or her in the eye. “You can’t make these assessments through indirect research,” says Andy. “In person, I can experience through my own senses what makes this person tick. It’s all about the gut feel. It becomes a lot easier to make your choice. It just firms everything up. Boom, you know it.”

P.S. I couldn’t find anyone who’d seen Donald Trump in person, but this is all you need to know:  Little girl can’t hold back the tears when told she will see Trump in person.