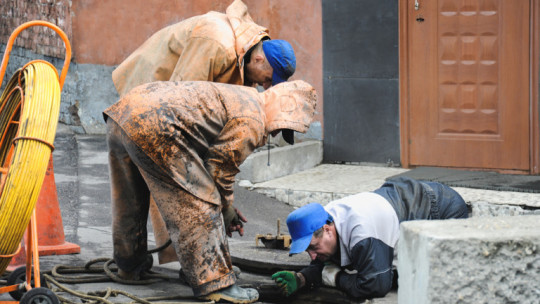 There are many issues we face as a country that our elected officials find hard to tackle. Often they choose to ignore them. Eventually the issues become either so mundane they don’t seem to merit consideration or so large to the point of being overwhelming. Getting citizens motivated to take action on such issues, which sometimes is the job of communicators, can seem daunting.

So what are the best PR strategies to motivate people to support un-sexy subjects? Since I’ve worked often on infrastructure issues, I’ll provide examples from that sector, although I believe the tips below can work in a variety of industries. Similarly, it seems to me infrastructure supporters can learn from communicators who’ve worked in health, personal finance and the environment.

Go Where People Are

The wellness community has been particularly good at this. It has established a broad digital footprint and active consumer engagement strategy through apps and mobile devices.

Infrastructure advocates can do the same. A good example is the Chicago Metropolitan Agency for Planning (CMAP) and its mobility-themed web site. It uses mapping and visualization to highlight the personal costs of aging infrastructure (e.g., congestion, delays, lost productivity). What CMAP is doing fits into a much larger trend of mapping and geo-targeted communications. If we know where the failing bridges, dams and waterways are, then we should let those who pass by them know about it.

The environmental movement has done this well. I recall a campaign that made climate change come alive in Boston by installing pop-up displays in popular destinations. The displays showed visitors where the water level could be 10, 20 and 30 years from now. The risks were personalized.

Again, infrastructure advocates can and should do the same.  The most effective message in getting people to care about infrastructure is to demonstrate security, health and safety risks, a survey shows. People pay more attention to collapsing bridges and failing dams that might threaten them and their family than they do to more esoteric and abstract concepts, such as increased competitiveness and productivity.

The best way to make infrastructure relevant to the average citizen is to show, as University of Buffalo Professor Korydon Smith did in a recent article, how infrastructure is “as important to your health as what’s in your medicine cabinet.”

This has been the cornerstone for health and financial services companies seeking to get people to improve their physical and financial wellbeing. Like infrastructure, personal finance and wellness require sustained action and long-term planning. This can be overwhelming for many of us. The most effective campaigns, therefore, focus on small steps and incremental measures that can best lead to permanent behavior change.

Supporters of infrastructure can do this by building support first at the community, municipal and state level. Instead of talking about the $2 trillion investment needed just to maintain our infrastructure at current levels, focus on smaller, local needs that can be achieved over a shorter period of time. When it comes to infrastructure planning and spending, American voters have the highest net trust in state and local officials – those who know their community best, according to the study noted above.

We might never make infrastructure sexy. But if we go where people are, make it personal, and break it down into manageable steps, we might be able to get something done.

To view the full article on PR News, click here!