Make your mark in space today

The $400 billion global space industry is growing toward $1 trillion, and those who achieve their aspirations will rewrite human history for the better. Since 2017, Brodeur Space Group has helped the space industry build brands, attract new customers, and achieve their goals in this rapidly evolving market.

We can help you:

We serve clients in these and other space sectors:

We also help terrestrial companies find and amplify their natural connection to space.

Sustainability in Space is Paramount

Space is an integral part of humanity’s environment, and we must steward it with the same concern that we bring to clean water, air, and natural places on Earth.

Businesses and nations that operate in space must ensure it remains safe and sustainable to support commerce, exploration, and our space-enabled day-to-day lives.

One concern is that low-Earth orbit is becoming cluttered with satellites and debris. Low-Earth orbit (LEO) is the band of space closest to our atmosphere from 112 to 1,240 miles above sea level. LEO is where the International Space Station and its astronauts reside.

By the end of 2021, a total of 4,852 satellites and 100 million pieces of debris about .04 inches (or one millimeter) and larger circled the Earth at up to 17,000 miles per hour. At that speed, even a paint chip can damage a manned spacecraft.

Another space sustainability concern is that space be used in a peaceful, cooperative, ethical manner according to widely adopted norms.

If we work together to manage traffic, minimize debris, and share resources peaceably, space will offer us ample opportunity to pursue our aspirations.

At Brodeur Space Group, we are particularly eager to partner with organizations that support the sustainable use of space, environmentally, economically, and socially. 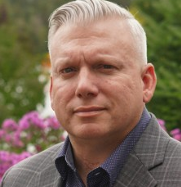 Scott is a uniquely experienced 24-year veteran of the U.S. Air Force/Space Force. Officially retiring as a colonel in October, he co-leads Brodeur Space Group’s business development in North America.

Scott is dedicated to helping organizations achieve their business goals in space as they benefit humanity on Earth and beyond. To achieve those goals, Scott believes, organizations’ must make themselves relevant to their most important audiences.

In his military role, Scott was the only officer to command the Joint Space Operations Center, Combined Space Operations Center, and National Space Defense Center. He coordinated mission partners across the Department of Defense and intelligence community to help to deter aggression against the U.S. and allies, and to protect and defend their space capabilities. He has extensive space electronic warfare experience and has been deployed to Sicily, Iraq, and Afghanistan.

Scott joined the Air Force as a commissioned officer in 1997. He earned a bachelor’s degree in political science from the College of Charleston, S.C., and holds several master’s degrees in management and military fields.

Scott is a non-resident senior fellow at The Mitchell Institute for Aerospace Studies and has published articles on a number of space related topics, including dangerous space debris. He is currently writing a book on space command and control. 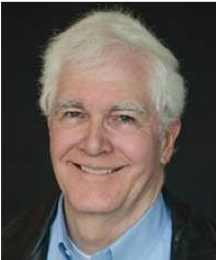 Brodeur Space Group Senior Consultant Frank White is the author or coauthor of 10 books on topics ranging from space exploration to climate change. His book The Overview Effect: Space Exploration and Human Evolution is now in its third edition, and is considered by many to be a seminal work in the field of space exploration and development. A film called “Overview,” based largely on his work, has had more than 7 million plays on Vimeo. Frank, an experienced communications professional and educator, is a magna cum laude graduate of Harvard College, a member of Phi Beta Kappa, and a Rhodes Scholar. He earned his M.Phil. in Politics from Oxford University. Space presents one of the most exciting economic, scientific and humanistic opportunities for the private sector in decades. What do Americans want from space? View our e-book here.

If you missed our space webinar with retired NASA Astronaut Michael López-Alegría, check it out here.