“Going Viral” and the Limits of Marketing Communications 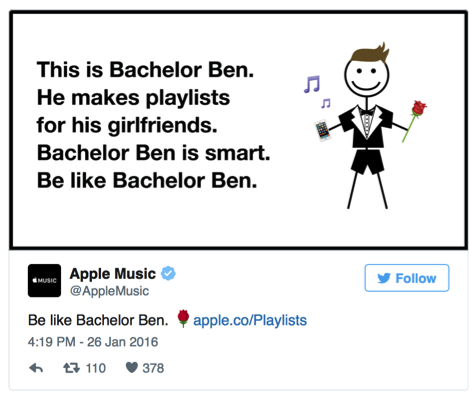 Brands are constantly looking for new ways to connect with their Millennial audience. From tweeting branded emojis, to adopting memes, to using the term “on fleek,” brands are positioning themselves as Millennial worthy. And for good reason.

Millennials just surpassed the Baby Boom as America’s largest generation and are becoming an increasingly important consumer base. Their spending power continues to expand and will soon eclipse that of Baby Boomers. In fact, it is estimated that Millennials in the U.S. alone will spend $200 billion annually by 2017. That’s quite the purchasing power.

So it is safe to say that brands want to connect with this powerhouse. And what better way to connect with Millennials than through social media? They’ve grown up on social media the same way previous generations grew up on television. Brands understand this. They have created social media departments and social campaigns aimed at forging a bond with the elusive Millennial population.

But a brand’s desire for connection may, at times, push them further away from the very audience they are so intently trying to reach. The “Be like Bill” meme circulated through the Internet and evolved into a viral sensation. Social media users were encouraged to create their own “Be like Bill” memes and post them online. Brands caught wind of the latest viral trend and, naturally, couldn’t resist.

The Internet became flooded with hijacked “Be like Bill” memes from well known brands. The misstep was when those brands promoted their own products or services as part of the organic meme. The result? Soon, Millennials were sick of Bill.

The brands’ attempts at “being viral” came off as an inauthentic publicity stunt, creating a wedge between Millennials and the brands themselves. Millennials responded with negative tweets and even a counter “Be like Bill” meme that mocked the original campaign.

Then there is the case of the Drummond puddle watch.

After a period of heavy rainfall, a British marketing firm set up a livestream Periscope of a large puddle outside of its office. From there, the #DrummondPuddleWatch was born.

The hashtag attracted 20,000 viewers who kept their eyes glued to their screens as people who encountered the puddle attempted to go around, go through, or even go over it. While seemingly all of Great Britain watched the puddle in anticipation, brands began to use the hashtag to promote themselves on social media.

Brands jumped in on the action, seeking a slice of the hashtag that had captivated the Millennial audience. While some were humorous and others entertaining, many of the tweets appeared self-serving and, well, awkward.

The perverse result: Millennials effectively rallied against the hashtag, calling it “mainstream” and asking for it to be “shut down.” The Drummond Puddle Watch dried up and became just another blip in Internet meme history.

Before hopping onto the next viral meme sensation, remember this: