Give politics a little dose of the social media silent treatment 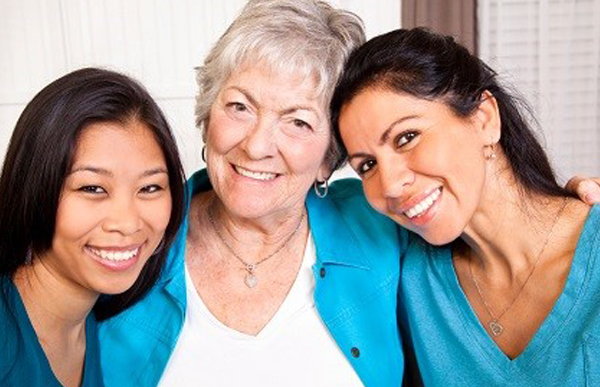 One of my best friends of more than 30 years is a Fox News Republican. I am…not. We’ve had some pretty good dust-ups over political topics, but they’ve been few and far between because we just don’t talk about politics too much. When we do, it’s usually a joke or a quick jab, then on to the next. We know each other well enough to know we aren’t going to change the others’ views, and we’ve settled into a comfortable truce.

My neighbor of 16 years across the street is an older woman. She and her husband are the kind of neighbors you’d choose from a catalog, if you could. She baked gingerbread men with my daughter at Christmas every year my daughter was in elementary school — one for each kid in her class, with their name in frosting. I shovel her driveway in the winter. Her husband loans me tools when I’m working on my house. We chat about the weather, the apple crop, my daughter’s progress in school, basically, anything but politics. Our only political “discussion,” in 2004, was short, incendiary, and unpleasant for both of us.

I bring up them up because among the many lessons to learn from the 2016 election, one of the most important is about politics, social media, and our personal communities. Social media played an unprecedented role in this election – much more profound than just four years ago. Most of the analysis around it, like this excellent piece from NPR, focused on how social media shaped the political landscape.

After watching the election through the window of my social media channels, I’m a lot more concerned about how it’s shaping – or breaking – our communities. I’ve lost count of how many people I know who have unfollowed or unfriended those who don’t agree with them. I’ve done it, and I’m sure I’ve been shut off myself.

Losing members of our communities? Over politics? Through a medium that’s supposed to bring us together? That doesn’t compute. It’s time to apply the old-fashioned principle “polite topics of conversation” to 21st century digital communication.

We need a new vocabulary for talking politics on social media. We don’t have to abandon our individual political values, but the volume needs to come down. Most of us don’t festoon our homes and cars with political posters and blast campaign songs on the stereo at full volume all year long. But that’s what a lot of us do on our social media properties. We’re having pointless, endless arguments, point-scoring derbies using clever memes and scathing, hashtag-studded one-liners. We’re not winning each other over, we’re being the neighbor no one wants to talk to.

Back to my friend and my neighbor. I talk to the former about politics a little, the latter not at all. They occupy different parts of my community, and I theirs. I respect their values. They may or may not respect mine. I don’t ask. We’re good friends and good neighbors who have applied a little good sense to that facet of our relationships, and we’re all the better for it. I don’t communicate with either of them on social media, but I’m going to try and adapt the “polite topics” ethic to my digital life, with hopes of getting the same results.

In conclusion, here’s some timeless advice from Thomas Jefferson, who never had a Facebook page but who knew a little about political brawling: “I never considered a difference of opinion in politics, in religion, in philosophy, as cause for withdrawing from a friend.”